This week, a fellow member of the San Juan Water Conservancy District board emailed a link to an article by writer Gary Pitzer published in Western Water magazine (republished by Water Education Foundation).

The article repeats an as-yet-unproven theory that 1) the American West is entering a long-term ‘megadrought’ and 2) ‘climate change’ will necessarily mean less water in the Colorado River and other western rivers.

The story also shares a wide range of views about what should be done with Lake Powell, if this ‘megadrought’ theory actually holds water.

Tear down the Glen Canyon Dam? Require Colorado and other ‘Upper Basin’ states to send additional water downstream to fill the struggling reservoir? Require California to stop using more than its share of Colorado River water?

We learn from the article that Colorado, Wyoming, Utah and New Mexico use much less Colorado River water than the 7.5 million acre-feet they were allotted annually under the Colorado River Compact, the 1922 agreement adopted by the seven US states along the Colorado River. At the same time, California has been using more water than it was originally allocated. We might be tempted to blame the Los Angeles metro area for the excess diversions, but in fact, the lion’s share of water extracted by California goes to wealthy industrial farmers in the Imperial Valley east of Los Angeles.

Imperial Irrigation District receives 3.1 million acre-feet of water annually from the Colorado River. The rest of California receives 1.3 million acre-feet. In other words, the 180,000 people in the Imperial Valley receive approximately 70% of California’s allocation of water from the Colorado River. The other 20 million-plus people in Southern California get about 30%. 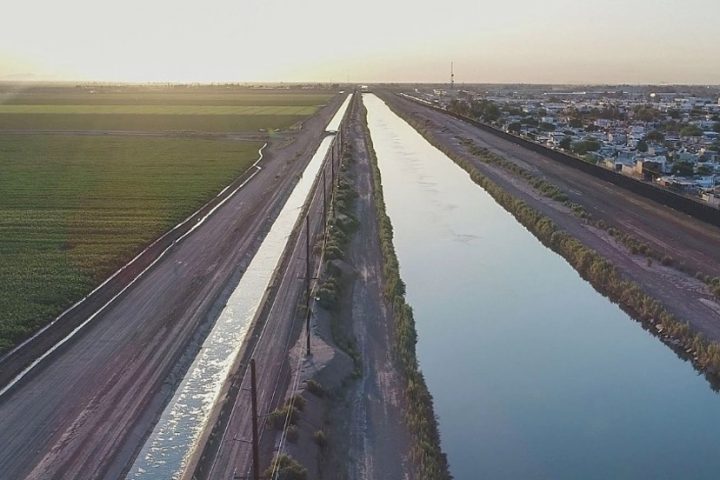 This might remind us of the water situation in our own community of Pagosa Springs, where it appears that 399 farms and ranches account for 94 percent of the total water usage in the county, while the residential population of 13,500 uses the other 6 percent.

To judge by news articles I’ve come across, California’s Imperial Irrigation District is a political sacred cow. No one in a political leadership position seems courageous enough to challenge the valley’s right to massive diversions from the Colorado River — even as we’ve watched Lake Mead and Lake Powell, the American West’s two largest water reservoirs, slowly drained to half their capacity.

On a smaller scale, the agricultural water users in Archuleta County — many of them holding ‘senior water rights’ — have been essentially left out of every water supply discussion I’ve reported on since I started writing for the Daily Post in 2004.

On a smaller scale, you could say Archuleta County agricultural industry has…

From Germany to Japan, many different recipes thrive

GRAND JUNCTION, Colo. (KJCT) - The City of Grand Junction is continuing to monitor its water supply and the...

El Paso, TX (KTSM) — The Borderland saw showers over the weekend, but nothing to actually bring relief from...

The Commonwealth and South Australian governments have agreed to increase funding for the On-Farm Emergency Water Infrastructure Rebate Scheme...

Stop if you’ve heard this before: California is in the grip of a severe drought. Again. Now the federal...

BY RACHEL BECKER AND JULIE CART, CalMatters Stop if you’ve heard this before: California is in the grip of a severe drought....

From Germany to Japan, many different recipes thrive

Beneath the surface of our galaxy’s water worlds

The Reusable LARQ Bottle Cleans Itself and the Water Inside

A step toward the future

Using Trees To Save On Utilities