The Georgia Water Coalition paused from its efforts to promote clean waters to celebrate what it called, “extraordinary efforts [that] have led to cleaner rivers, stronger communities and a more sustainable future for Georgians.” 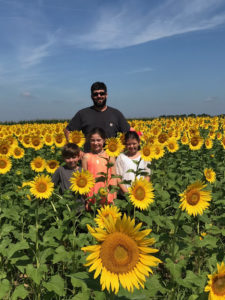 Sunflowers brighten the landscape on the Cornwell and William Webb farm in Southwest Georgia. The Webbs were among dozens of agricultural producers from around the state who spoke out against House Bill 545. Credit: Georgia Water Coalition

The coalition on Tuesday released its fourth annual Clean 13 report to recognize a total of 13 individuals and organizations that have moved the needle in the protection of Georgia’s river and water resources.

Three honorees are outside the normal range of organizations and individuals to be recognized include: 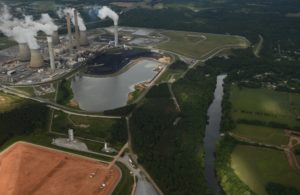 The public has a better understanding of Plant Bowen’s impact because Southwings provided a flight on which Joe Cook, a nature photographer and author, took this and other photos of the plant and Etowah River. Credit: Joe Cook

These three entities represent the growth of the Georgia Water Coalition’s efforts to expand from citing problems, in the annual Dirty Dozen report, to commending good deeds. The state’s environmental community is joining in the growth, according to Joe Cook, Paddle Georgia coordinator with the Georgia River Network.

Over time, the Clean 13 awards have been attracting more nominees than there have been for the Dirty Dozen, Cook said. The Dirty Dozen shines an annual spotlight on 12 entities that are named as polluters of state waters.

“The primary thing I would say is, there is a lot more good news out there than bad news,” Cook said after the recipients were announced in a virtual meeting. He maintained a hopeful outlook. 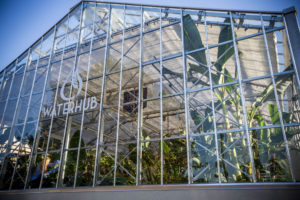 Though the Emory WaterHub is a sewage treatment facility, the structure resembles a greenhouse and is odor free. Credit: Georgia Water Coalition

“There will come a time that some of…

Hollander Road residents getting public water, sewage access; some may be forced…

This month in 1972, President Nixon vetoed the bipartisan Clean Water Act, deeming it “budget-wrecking.” A day later, however,...

Water is essential for basic human survival. But it can also be dangerous; contaminated water can spread deadly diseases...

The Adirondack Regional Airport, in Harrietstown, is among airports where firefighting chemicals have contaminated groundwater. Photo by Brandon LoomisBy...

Hollander Road residents getting public water, sewage access; some may be forced...

Why China’s original ‘model’ city Shenzhen matters more than ever

More than ever, now is the time to install a water filter