When ash began landing in Nate Stephenson’s yard 30 miles west of a fire burning in Sequoia National Park this summer, he knew the trees he’s studied for four decades were in trouble.

“I started to see some giant sequoia ash falling and that’s when I knew it was going to be really bad,” the USGS research ecologist said about his home in the mountain community of Three Rivers.

Multiple lightning-caused fires this summer in and around Sequoia National Park merged into the SQF Complex. Months later the blaze is still burning and is about 90% contained at just over 174,000 acres.

The giant trees, which thousands of people visit yearly, were stressed by a multi-year drought. Wildfires this year killed hundreds of the largest trees. The extent of the damage to the groves from wildfires is unknown, but from helicopter flyovers scientists say the damage is unfathomable.

“The trees just got wiped out in a way that is unprecedented … it’s like watching elephants go extinct,” said Christy Brigham, science chief of Sequoia and Kings Canyon National Parks.

It could be a precursor of what’s to come for the big trees. Those same scientists say a new threat is emerging — bark beetles that feast on the bark of stressed out giant sequoias. Unless scientists come up with ways to prevent these insects from harming giant sequoias their fate could be like the millions of trees that died from another beetle during the last major drought.

“We have very strong preliminary evidence that these trees were weakened… by drought and by fire damage, but they were ultimately killed by a full on attack from this native bark beetle,” Brigham said.

The SQF Complex wasn’t the largest this year in the state by any measure — the August Fire in the coastal range burned well over a million acres — but for the iconic trees it was devastating, says Brigham.

Experts say that climate change stressed the trees out as well as a history of fire suppression in the Sierra Nevada, which has overloaded forests with fuels. Both mixed with windy conditions cause fires to burn fast and hot.

Giant Sequoias only naturally grow on the western slope of the Sierra Nevada and there are fewer than 50,000 left in the wild.

“If you got all giant sequoia groves and put them together, it’s an area smaller than Sacramento,” Stephenson said. 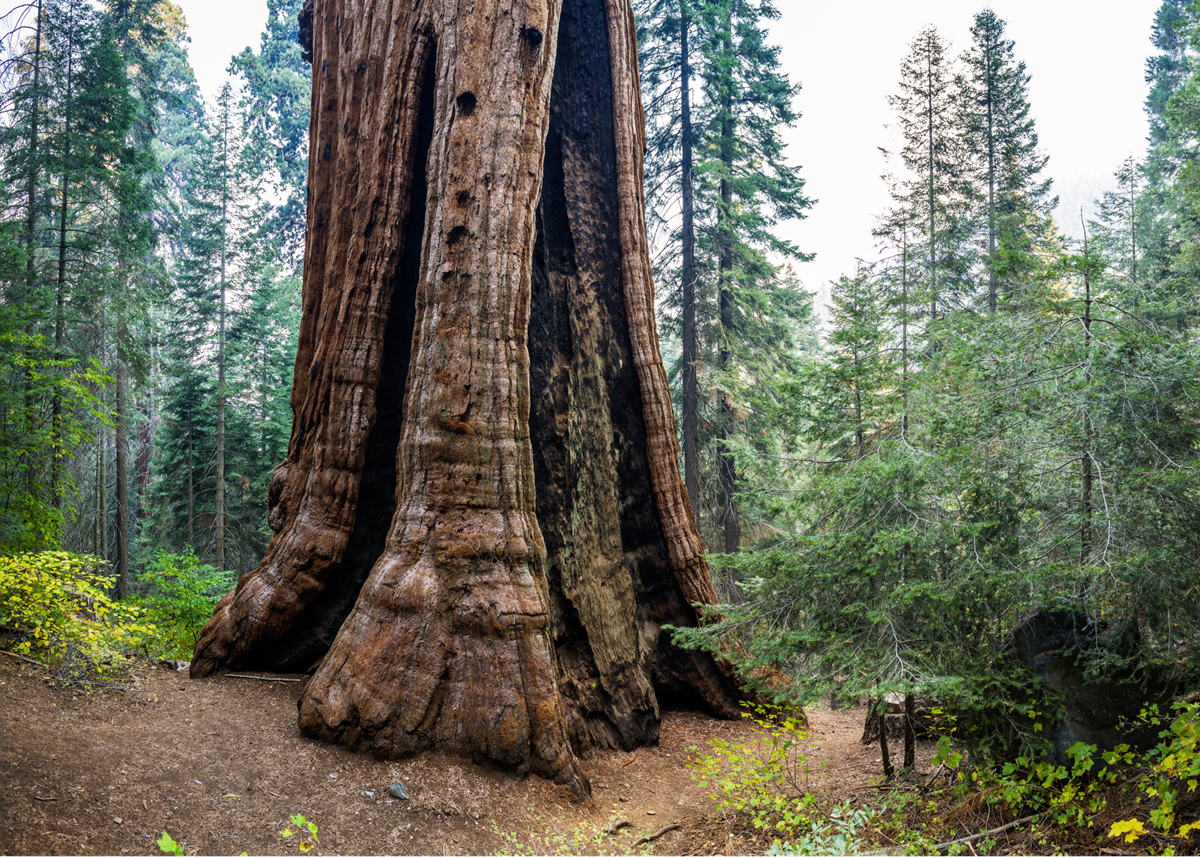 The Stagg Tree is the fifth largest known tree in the world.Photo by Max Forster, Save the Redwoods League

Even with all those threats Stephenson said he doesn’t believe the extra large trees will go extinct, although they almost did once before about 4,000 years ago. But he says those towering 2,000 year-old trees that people draw inspiration from are at risk of burning up.

“Those are just limited to this handful of giant sequoia groves scattered along the western slope of the Sierra Nevada,” he said. “Those are the groves that we think might be threatened if temperatures keep rising.”

Matilija Creek before and after the Thomas Fire and subsequent debris flows. Fire and its aftermath can completely reshape...

SAN RAFAEL (KPIX) — It may feel like the Bay Area has had some good rain, so far in...

According to CHIRPS satellite data, as of November 20, the October to December short rains are 60-110 percent of...

Venus was once more Earth-like, until its climate dramatically changed

Water pressure: Drought easing in Namoi valley, but irrigators likely to spend a…

With plan to quench its thirst for vanity, Utah thumbs its nose at dry neighbors

2020 Weather: The year that dawned in fire and ended in flood

Water main break causes water to be shut off in Marietta