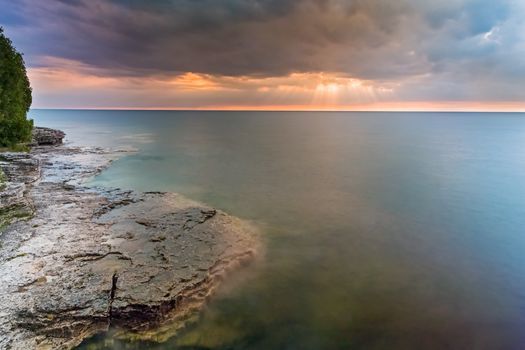 MILWAUKEE – The Great Lakes and their surrounding regions have seen federal investments for restoration efforts, but those fighting on their behalf say more is needed. A coalition says President Joe Biden’s proposed budget and infrastructure plans are a good start.

The White House spending plan would put billions of dollars into water-related projects in the Great Lakes region, while the American Jobs Plan proposes millions more.

Laura Rubin, director of the Healing Our Waters-Great Lakes Coalition, said with sewage contamination closing beaches and toxic pollution threatening the health of communities, it’s time for Congress to come together with the president on this approach.

“To invest in solutions that will restore our Great Lakes,” said Rubin, “protect our drinking water, safeguard our public health and support local economies. “

The coalition estimates over the next 20 years, Wisconsin will need nearly $24 billion to modernize wastewater and drinking-water systems.

The Biden plan would increase the budget for the Great Lakes Restoration Initiative by $10 million, and give the Environmental Protection Agency an extra $2 billion to allow for greater oversight of polluters.

Republican opponents in Congress have balked at the price tags for the administration’s proposals, prompting a series of negotiations.

The American Jobs Plan, otherwise known as the infrastructure bill, would dedicate an additional $111 billion to protecting water quality over the next eight years. Coalition policy director Chad Lord says it would be a big boost for environmental justice.

“These investments will help eliminate toxic lead service lines into people’s homes,” said Lord, “accelerate progress in fixing the nation’s drinking water and wastewater infrastructure, and provide much-needed investments to help communities that have been most harmed by pollution.”

Cities such as Madison have replaced all of their lead pipe lines, but Milwaukee is still on a 70 year pace to remove its lines.

The coalition warns that Lake Superior and Lake Michigan still are threatened by polluted runoff from farm fields, in addition to infrastructure needs.

Clarksburg Water Board provides an update on the lead service issue

Bitstarz cash out, no deposit bitstarz