In 1961, the world was a remarkably different place than it is today … How different was it? Here are some examples:

President John F. Kennedy held the first-ever televised presidential news conference; the Dow-Jones average reached a high of 734; the average cost of a new home was about $17,000, a new car was $2,275, and a gallon of gas was 31¢; the Grammy for Best Rock & Roll song went to Chubby Checker for “Let’s Twist Again,” and “West Side Story” got the Academy Award for Best Picture; the top TV show was “Wagon Train;” and IBM introduced the “Selectric” electric typewriter was introduced.

An Old Drawing of the District

As if all that wasn’t enough, it was 60 years ago this month that the Soquel Creek County Water District Board of Directors met for the very first time. That Oct. 19, 1961, meeting took place in the old Soquel Firehouse. The District had no offices, no staff, and not even its own letterhead. At that time, the District (which later dropped the word “County” from its name) had a mission focused on flood control and water conservation. While today’s District looks very different from its 60-year-old ancestor, water is of course still at the center of everything we do. 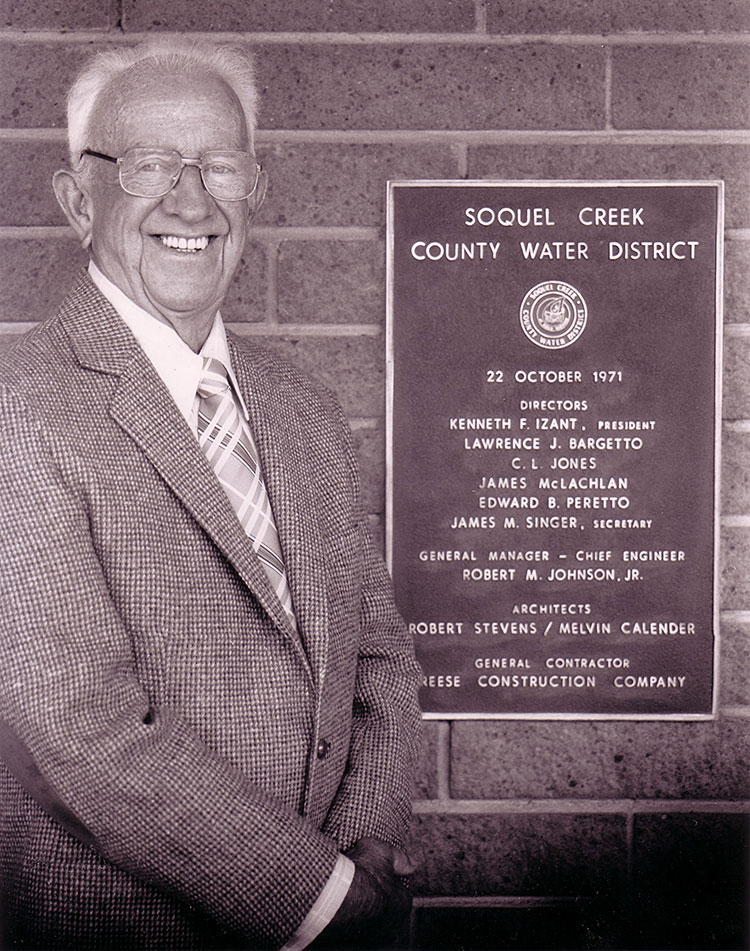 Ken Izant was first president of the board

During the last 60 years, the District has thrived and grown its boundaries, staff, and infrastructure. We’ve become a water service provider that is well-respected both locally by our customers and within the water industry. We’ve maintained the agency’s status as a forward-thinking special district that consistently keeps an eye on the future. And today, as we celebrate our diamond anniversary, we’re also known for our attention to engaging the community, gaining the public’s input, vision, and support, creating a Community Water Plan, and helping to foster a greater understanding of the value of this most precious of resources.

Particularly in light of the impacts of climate change, including the current drought, the District is highly regarded for taking the necessary visionary steps now to ensure a sustainable, clean, safe water supply into the future. Together with the community, we’re confidently facing new challenges as we work toward resiliency in addressing today’s issues of an over drafted groundwater basin, sea water intrusion, wildfires, and weather variability. 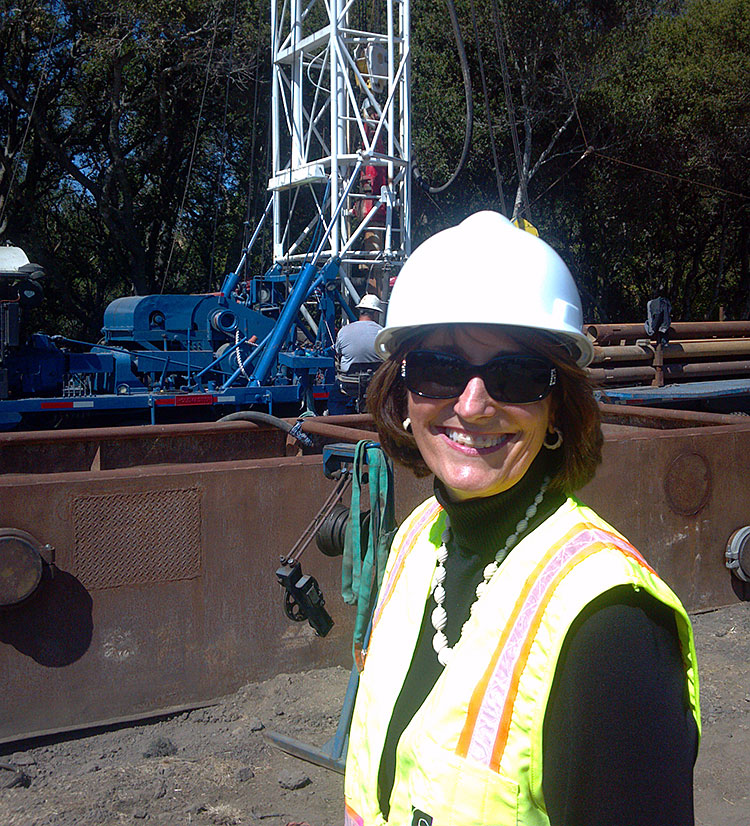 We’re directly addressing these new realities, which require everyone to be flexible in reexamining and refocusing our priorities — while never diverging from our core function as a diligent steward of our local water resources.

How has the District managed to thrive, adapt, meet all challenges, and achieve continued success through the complexity of the social, political, and environmental conditions that have evolved in the last 60 years?

The answer is: through the foresight of the District’s Board…

In August, we asked our readers about the issues you wanted to hear the candidates running for the WaterOne...

Kenya: Thousands of Families in Dire Need of Water in Lamu

At least 22,600 families in Lamu county are facing an acute shortage of water as drought continues to ravage...

The research report on Water Supply Equipment market strives to give a competitive advantage to the existing businesses in...

As Gloria Uptain traveled to work in the early morning hours on Thursday, her worst fear came to life...

'Water supply will not be affected in Delhi due to closure of Ganga Canal'TopWe use cookies for analytics, advertising...

Water fountain in Cascades Park shut down for lead testing

Statement To Parliament On The Drought Management Response By Ho. Daryl Vaz, M.P…