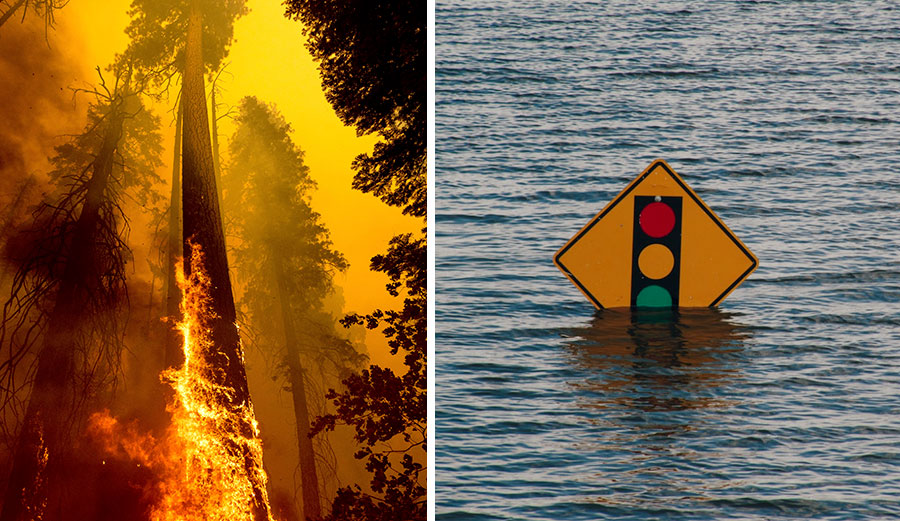 Wildfires that swept through Sequoia National Forest in California in September 2021 were so severe they killed ancient trees that had adapted to survive fires while flooding devastated some parts of the east. Photos: AP Photo/Noah Berger/Unsplash

Alongside a lingering global pandemic, the year 2021 was filled with climate disasters, some so intense they surprised even the scientists who study them.
Extreme rainstorms turned to raging flash floods that swept through mountain towns in Europe, killing over 200 people. Across Asia, excessive rainfall inundated wide areas and flooded subway stations in China. Heat waves shattered records in the Pacific Northwest, Europe and the Arctic. Wildfires swept through communities in California, Canada, Greece and Australia. And those were only a few of the extremes.

In the U.S. alone, damage from the biggest climate and weather disasters is expected to total well over US$100 billion in 2021.

Many of these extreme weather events have been linked to human-caused climate change, and they offer a glimpse of what to expect in a rapidly warming world.

In the U.S., something in particular stood out: a sharp national precipitation divide, with one side of the country too wet, the other too dry.

As a climate scientist, I study the impact of global warming on precipitation and the water cycle. Here’s what happened with precipitation in the U.S. in 2021 and why we’re likely to see similar scenarios in the future.

The eastern U.S. weathered storm after storm in 2021. Record rainfall in Tennessee triggered deadly flash flooding in August. The remnants of Hurricane Ida merged with another front days after the hurricane hit Louisiana and became so intense they set rainfall records and flooded subway stations and basement apartments in New York and Pennsylvania, with devastating consequences. Severe storms hit several states with deadly tornadoes in December.

Almost the entire West, meanwhile, was in some stage of drought, helping to fuel wildfires that swept through forests and towns.

This kind of east-west weather divide can be enhanced by La Niña, a periodical phenomenon fueled by Pacific Ocean temperatures that tends to leave the Southwest drier than normal and the North and much of the eastern half of the U.S. wetter.

But something else is going on: Global warming fuels both dryness and extreme rainfall. 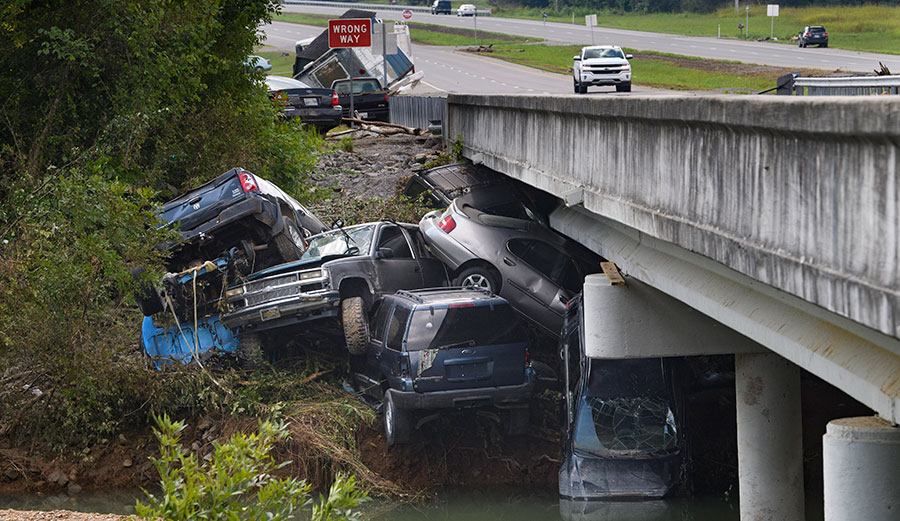 3 Impacts of Global Warming on Rainfall

Three things in particular happen to precipitation when the planet warms.

Higher temperature increases evaporation from Earth’s surface. It also increases the atmosphere’s capacity to hold moisture at a rate of about 7 percent per degree Celsius that the planet warms. With more moisture evaporating,…